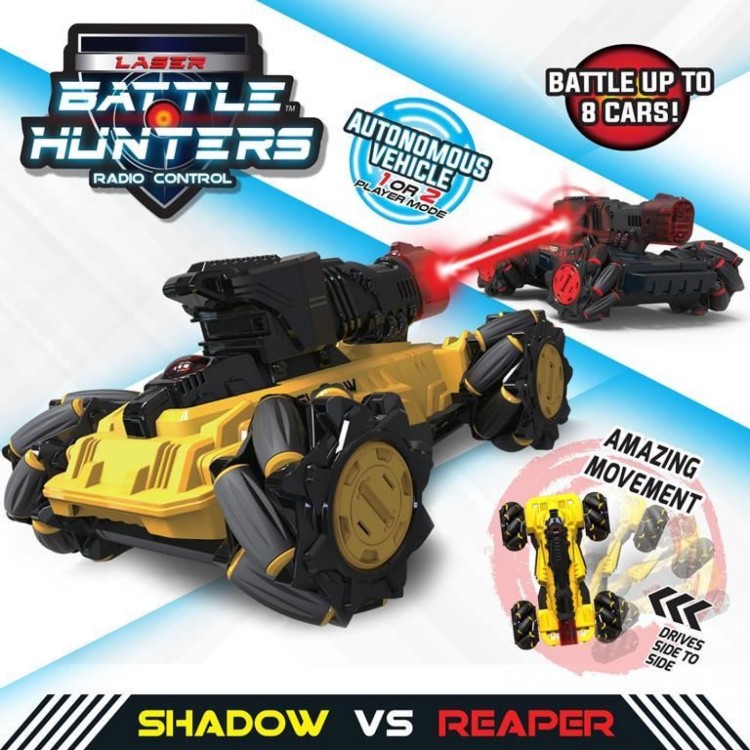 Get ready for the next generation of radio-controlled combat vehicles – Laser Battle Hunters! These full function radio control (Frequency: 2.4 GHz) vehicles enable you to move forward, reverse, spin and turn at super-fast speeds. The innovative multi-directional 4-wheel driving system gives crazy drifting and incredible side to side manoeuvring so you can out outlast and out blast your opponent.
There are 2 modes of play. With Multi-Player R/C Combat Mode, the aim of the game is to use the built-in infrared cannon to eliminate your opponent. Simply hunt your enemy, take aim at the rear of your opponent’s vehicle and fire! With an impressive cannon recoil, blast your opposition three times to win. When hit the Laser Battle Hunter will make an explosion sound and shake, with the number of hits indicated by the number of alert sounds the vehicle has made. With 8 channels you can battle up to 8 vehicles at one time for the ultimate battle adventure with your friends. Remote Range: 16 meters.