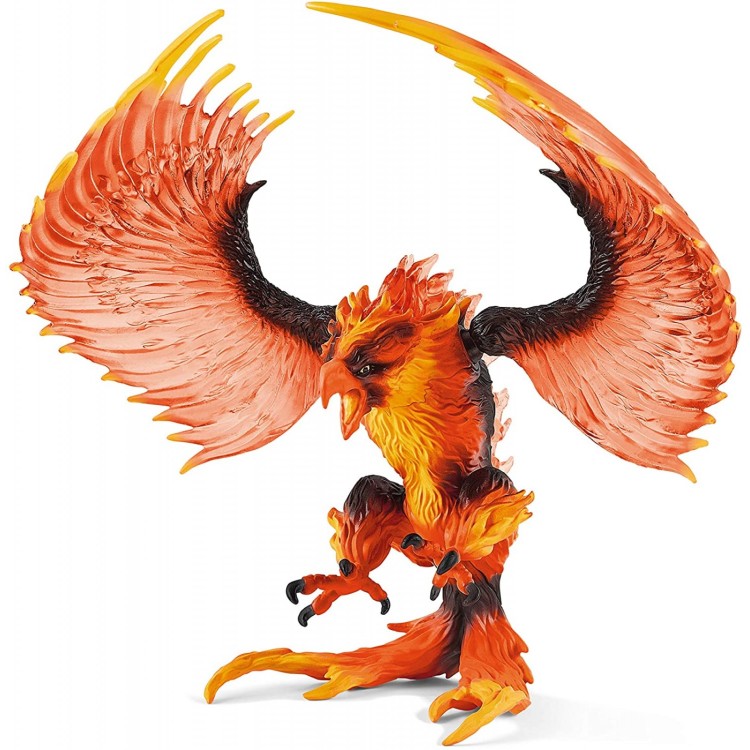 The fire eagle perceives even the smallest movements on the ground – and if it's an intruder, the bird of prey doesn't hesitate for long: He spans his movable, transparent wings and dives toward the enemy. He pulls a glowing, blazing tail behind him, making him look like a falling comet. The fire eagle has razor-sharp claws, which he mercilessly grips with. Another weapon he uses in attacks is his curved, pointed beak. As a crowning glory, the fire eagle creates a massive firestorm with his wings, which simply sweeps his enemies away.