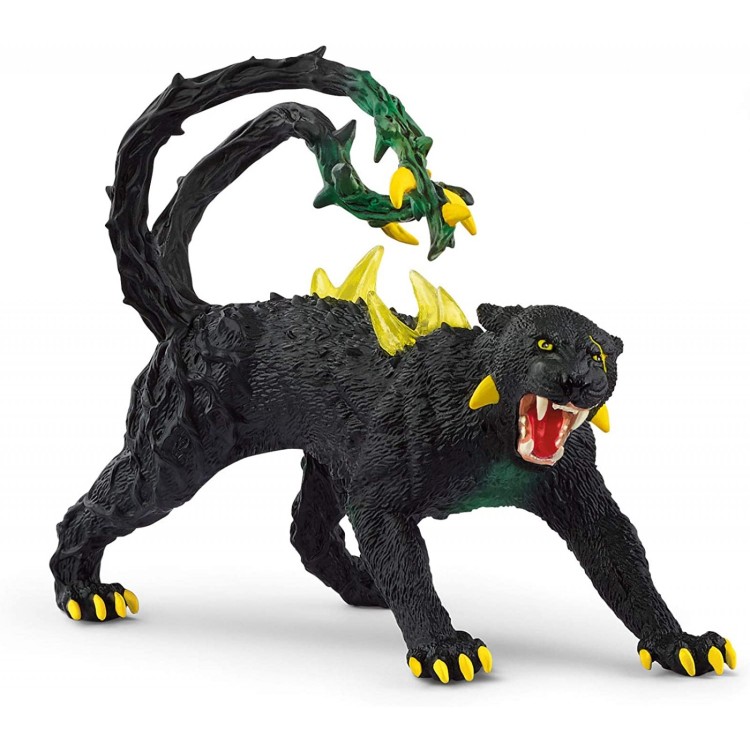 Careful! The Shadow Panther from Schleich® Eldrador® Creatures prowls through the jungle undergrowth like a dark phantom. His jet black coat lets him move invisibly through the shadows to ambush his enemies. If an intruder comes too close, he leaps out of his cover to take his opponent by surprise and attacks them with his razor-sharp claws. Often the attacks ends up in a breathtaking chase, which the strong jungle inhabitant easily wins. The dangerous Shadow Panther is particularly proud of his lithe, spiny tails. They help him keep his balance during leaps. Plus, he can also use the strong tails as a double whip. The spines on the end of his tails and on his muscular back are very dangerous. They contain a paralyzing poison that immediately disables his enemies.