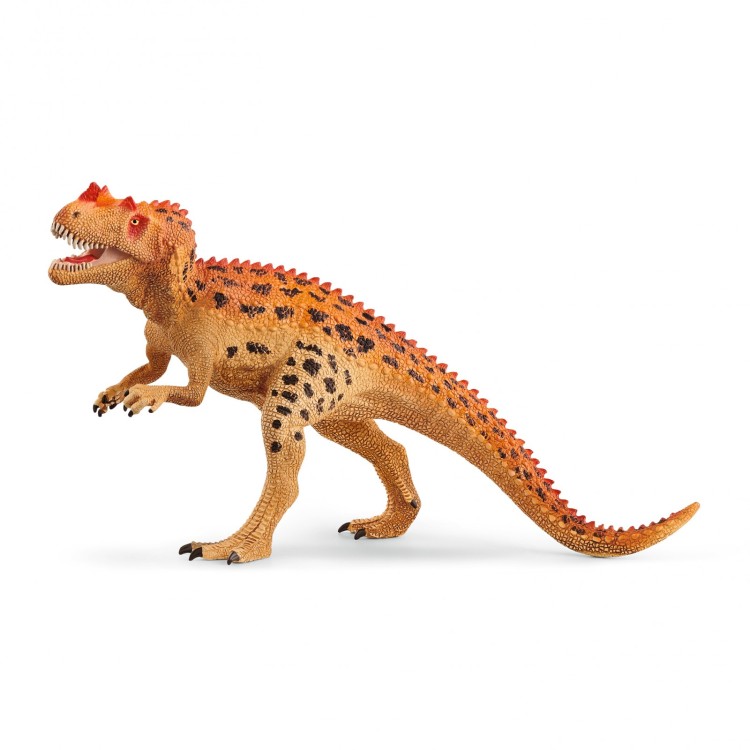 The Ceratosaurus from Schleich® DINOSAURS was a carnivorous dinosaur that lived around 150 million years ago in the Late Jurassic period. Two bumps at the eyes and a large horn on the nose were made of bone. They were used either in combat or to deter rivals. On its back were also numerous spike-like bones. The many bumps and plates gave it its name: Ceratosaurus means “horned lizard.”