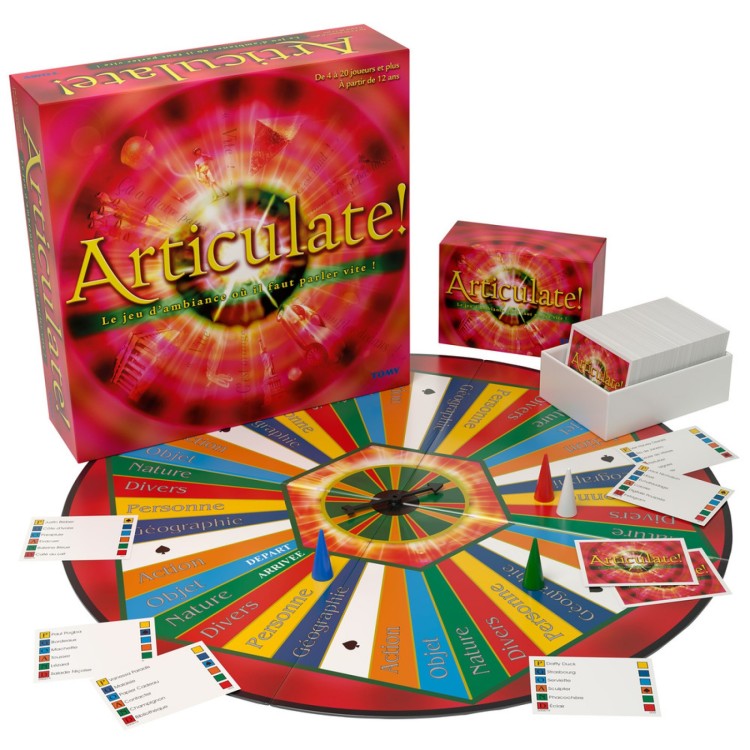 The king of ‘what’s-on-the-card?’ games; the queen of against-the-clock gabbling and gesticulating; the prince of all-ages fun family get-togethers and the entire royal family of competitive after-dinner challenge-your-friends revelry…

What can we say about Articulate! that hasn’t been said already?

‘Describe a word without actually saying it’ – it might sound very simple, but when you’re racing the timer and being heckled mercilessly by the other team then… well, let’s just say that it isn’t!

Articulate draws the shy from their shell, de-cocks the cocky and unites whole roomfuls of people in bouts of good old-fashioned hysterical laughter.

This multi award-winning game is regularly found on ‘top pick’ lists everywhere, and for very good reason. With 500 cards featuring all of 3,000 topics included, the game is a true ‘laster’; an extra card set is available to purchase for the truly committed!