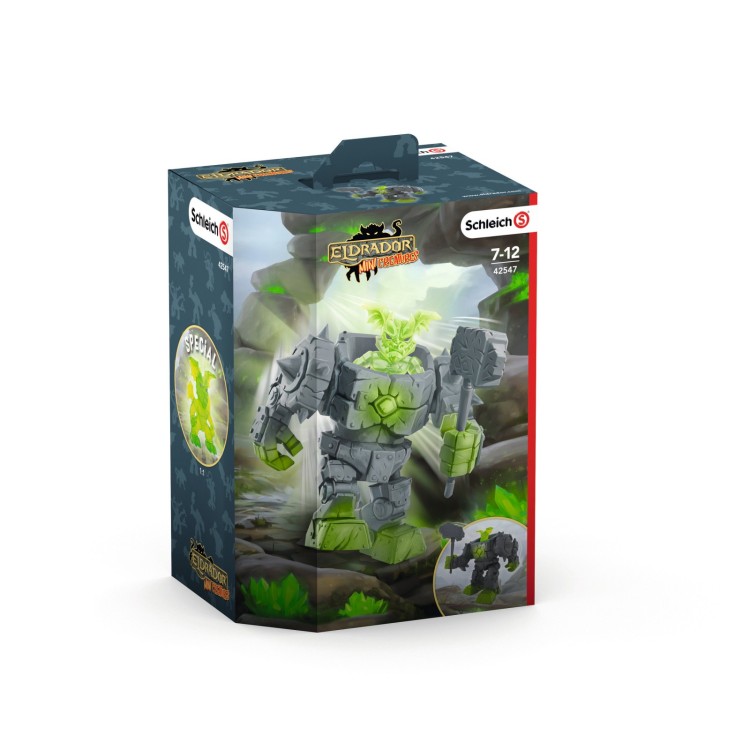 No matter how hard the opponents of the Eldrador Mini Creatures Stone Robot from Schleich® Eldrador® Creatures are – he’s tougher! The giant was created by the Mini Creatures to rebuild the stone world after some devastating battles. With his movable arms and the powerful, exchangeable stone hammer he shattered boulders that were lying around, moved rubble out of the way and carved out cool caves. But now the Mini Creatures are united for battle – and the Stone Robot is with them! He’s controlled by the Stone Lord, leader of the Mini Creatures in the Stone World. The small, fierce being is made of super hard crystals and simply sits him in the Stone Robot before they thunder through Eldrador as a menacing team: One blow from his hammer transforms the bubbling Lava World into a lifeless stone landscape, the Ice World is smashed into tiny splinters and the Jungle World is simply trampled flat!